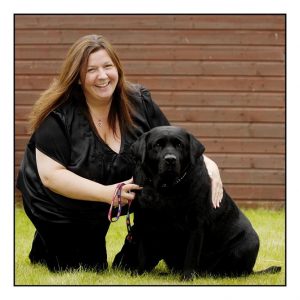 Lesley Winton initially studied Legal Studies and Legal Accounting and worked in this field for 15 years. Throughout this time she worked as a volunteer for a variety of animal welfare organizations.  She then became an employee of the World Society for the Protection of Animals (WSPA) and worked for 7 years as their Regional Co-ordinator for Scotland. Following this role, Lesley fulfilled a lifelong ambition of setting up her own charity for bears in 2010 in the form of the Winton Foundation for the Welfare of Bears which is currently supporting 41 projects in 19 different countries. She continued to pursue her passion for animal welfare and addressing the links between animal abuse, child abuse and domestic violence and driven by the desire to develop an humane education project for vulnerable children she established a second charity called Fostering Compassion.

Fostering Compassion brings together abused and neglected children with rescued animals. By running animal and nature themed workshops for children who, because of their own difficult starts in life, may have started to show worrying behaviour towards animals, Fostering Compassion works to help reverse the negative cycle of abuse. The workshops tell the stories of rescued domestic and wild animals in such a way that the children draw parallels between their circumstances and those of the animals – leading them to see animals as sentient beings who can share similar emotions to them

Lesley has over 30 years experience working in the Voluntary Sector in Scotland in both a professional and volunteer capacity. Lesley also has a very keen interest in raising awareness of the pain of pet bereavement and the strength of the human-animal bond.

Lesley has Diplomas in Legal Studies and Legal Accounting, a Diploma in Life Coaching, and in 2014 completed online Edinburgh University Courses on the Clinical Psychology of Children and Young People and on Animal Behaviour and Welfare. In 2020 she completed Diplomas in Native American Studies and Pet Bereavement Counselling. She is currently studying a Diploma in Positive Psychology. She is also a keen writer, publishing her first book in September 2013 highlighting the importance of the human-animal bond. Lesley won the Ceva Animal Welfare Award for Charity Professional of the Year in 2017. Fostering Compassion won the 2020 Edinburgh Prestige Award for Humane Education Project of the Year.