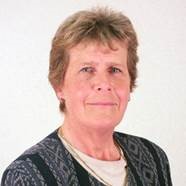 Barbara Cooper is a Director and Principal of The College of Animal Welfare – a four sited independent College based in Edinburgh, Leeds, Huntingdon and London, and which is the largest veterinary nurse training provider in the UK.

Barbara has played an active role in developing veterinary nursing as a past Chairperson of the Royal College of Veterinary Surgeons’ VN Committee and Past-President of the British Veterinary Nursing Association. Previously a trustee of Wood Green Animal Shelter,The University Federation of Animal Welfare and more recently a trustee of the Society for Companion Animal Studies . Barbara is an Honorary Associate of the RCVS and has published and edited a number of books including the Lane & Cooper Veterinary Nursing Textbook published by the British Small Animal Veterinary Association.

Outside of work Barbara owns seven horses (including twin colts born by embryo transfer), a cat, boxer and five chickens.